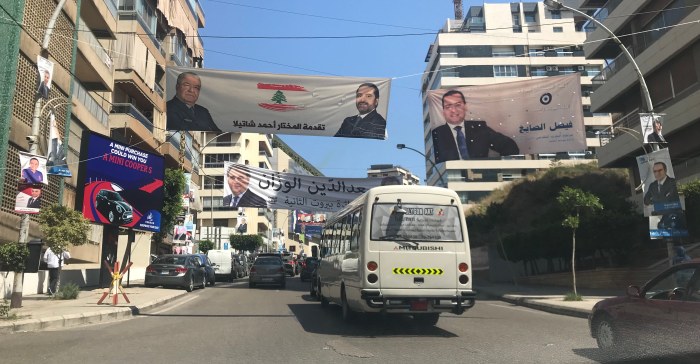 Unlike most of my graduating class who hit 30 this year without ever exercising their right to vote, in the last parliamentary elections of June 2009, I was eligible to vote having turned 21 in February of that year. But I didn’t. At the time, it felt like my vote in the South would be useless. For many in the Jnoub, my extended family included, Hezballah – like other parties across the country – provided wherever the State itself failed and that resulted in unshakeable loyalty. The kind that can still excuse all the humanitarian injustices that have come after. It wasn’t a voting process for me when there were no alternatives to the ones that had always held power. Plus, I didn’t even live there.

What would my vote do beyond waste paper and gas?
Up until a few weeks ago, I still thought that way.

The only time I’ve voted was for our student representatives in AUB SRC elections and, even then, when my friend wanted to run as an independent, he had to ally himself with the bigger parties’ lists just to win votes by association. The university elections are seen as a microcosm of the state of the country’s current highly educated voters and there you had it: independents couldn’t even run alone, much less win. But that was 10 years ago.

Flashbacks of the Beirut municipality elections reminded me of when I worked with Beirut Madinati FOR ONE DAY, and how much that day reignited the dying embers of hope and the need to take action versus talking about others taking action for me. The simple, “vote or don’t complain” is solid. We are stripped of all nagging rights if we don’t exercise the one that can lead to actual change, even if it’s the illusion of it.

And then, a friend told me we have an independent list in the South.

The photos of my migrated friends’ purple thumbs say that they want a home to come back to, that they haven’t let go just because they’ve left, that they remember what forced them to seek other shores, that they too believe in the power of their voice.
Perhaps foolishly, I feel like my vote matters even when I’m not casting it in Beirut, the city where I live and (try to) breathe. Dare I say it, it may have more power to prove to others that times have changed if it’s placed in the South where Amal/Hezballah roots run deep. If anything at all, my vote will mean I did not genuflect at the altar of complacency and corruption.

It began with Beirut Madinati proving that these lists could exist despite the fact that they lost. Here we are, two years since then, with full lists comprised of sixty-six fresh faces going for parliament. In these final hours, don’t forget or forgive what we’ve been through for the last decade.

Still from the series, Westworld

There are alternatives and that in itself is progress that shouldn’t be overlooked. There are angry people who don’t want this path for their country but there is no deus ex machina in this narrative, there is only our vote. There are the privileged who can afford to say no to bribes, sacrifice an afternoon for a ballot, and thus, start to shift the tide for those who can’t. I don’t expect the independents to win but just one seat for us can put a hole in their yachts anchored at Zaitunay Bay. With each round of votes, their vessels will fill with the stagnated water they’ve left us in.

As far as nations go, Lebanon is still an infant but her first steps have to start somewhere. We won’t get there this Sunday and we may not get there in another 4 years. She won’t run across the finish line in a fortnight but I’m willing to crawl if it still gets us to where we need to be because Lebanon won’t be a toddler forever. One of these days, she’s going to be a grown woman and we all know you can’t mess with one of those.

2 thoughts on “Thoughts from a First-Time Voter”