After dropping off the family at LAX and a quick grocery trip, Destiny’s Child Independent Women, Pt.1 popped up on the radio. Sure, I didn’t buy my house or my car but it did feel like America was telling me, OKAY, LET’S DO THIS YOU INDEPENDENT HONEY MAKING MONEY. 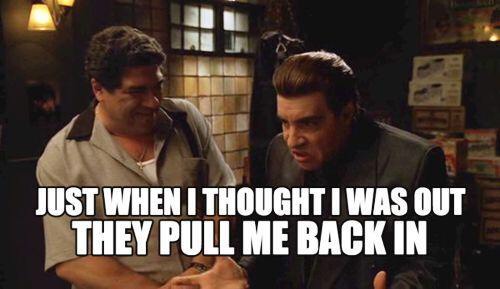 Having the family in town, while comforting, served as a reminder as to what pushed me to come out to the West Coast: a desire to detach and dive into the deep end. Them being here was like being back home save for the lack of decent tabbouli. Mom sticks to tacos and 7-layer dip when in Cali-mode. Strangely, it took over 2 months to real-feel like I left Beirut because Beirut left me in the form of my family departing.

I was laying down in the dark listening to Moonlight Sonata – what a depressing image, I know – in an attempt to map out the next two months. The hypochondriac in me was saying I had caught Lyme disease but, in reality, the stagnation was due to the overdose of screen-time and self-inflicted pressure to cross out as many lines on my overambitious to-do lists of the limited window that was now all mine. Instead of staring at my screen to type this out or manage to write in the dark, I voice-noted my thoughts and I’m now transcribing my neurotic moonlight monologue into something that’s coherent.

I have been itching to write but couldn’t filter out the impurities that contaminated my clouded noggin. They coagulated into a mental block which does not result in stringing words together. Not ones you want to read at least. However, the silence is back now and it’s so marvelously deafening. My brain is hyperactive which is why it takes Beethoven to decompress. Solitude is not a roommate I avoid since I’m not skilled at being sedentary. Being in Barcelona was proof that, even if I didn’t have company for the weekend, I was perfectly fine climbing up to the Carmel Bunkers to set-up a picnic for one. It could be due to being constantly surrounded in my Beirut life (lhamdella) but, when away, I’m good on my own.

The issue with being at ease with solitude is the ability to slip into hermit mode. I’m still in my shell remembering how to breathe in the oxygen now that I’m coming up for air. In suburbia, all necessities are readily available within a 3-mile radius so working from home can equal never leaving your safety forcefield. Going outside of that solo will barely take a soft push – after all, I love to explore – but being social will take a shove. Without an office or classroom to present like-minded people on a platter, making friends in a major city where everyone lives in their car is a challenge. Granted, I will not have the cushion of love that I cultivated after 17 years in Beirut after a mere few months in LA. I am aware you cannot find a new BFF after a 10-second encounter about green smoothies in line at a vegan eatery in Santa Monica. That shouldn’t be an excuse not to try though.

The US (California, really) is my motherland as Lebanon is my fatherland but it’s like a blossoming romance. You miss the familiarity of your former flame but there’s so much to discover with this new beau – perhaps even, discovering that they’re a better fit for you after you’ve grown up a little, shed the baby fat, and figured out that you were in love with a memory, not an actuality.

I’m not afraid of forming roots here, I’m afraid that I want to. Being a hybrid means I’ve always had a foot in both worlds while being anchored in Beirut. But does that change?

If you don’t want to be underwater anymore, it could.