Coincidence brought me back to Barcelona around the same time that I had departed last November. I found the city just as I had left it, minus a few notches in temperature but just about the same number of pigeons.

Going somewhere familiar is unlike vacationing in an undiscovered destination. I guiltlessly slept in and spent afternoons in cafes. I finished a book. It was, for once, a break where I disconnected from home and was present in real time. I still worked from my trusty overweight laptop but I was mentally distant enough; my thoughts had room to expand and float above me before they popped in thin air.

Being in Catalonia at the end of the year means you learn about the seasonal traditions. First, there was Tio. Then, on New Year’s Eve, you have to eat 12 green grapes when the clock strikes 12. One grape per chime of the clock, one grape per month of the year. You also have to wear red undies for good luck? Some say they have to be a gift, others say you have to gift them before daybreak. I’m still digging up the origin story on this because I fear it’s the De Beers’ solitaire of undergarments, not that that stopped me. After 2016, I’ll take any source of luck for the calendar ahead.

Tortell de Reis (like our Galette des Rois) appears on January 6th for Three Kings Day. It contains two surprises baked into the pastry: a small king figurine and a bean. The person who gets the slice with the king gets to wear a paper crown and the person who gets the bean has to pay for the cake. They’re also granted good luck if they keep the bean in their wallet all year. I had already paid for the cake AND the bean was in my slice. It’s like it knew. 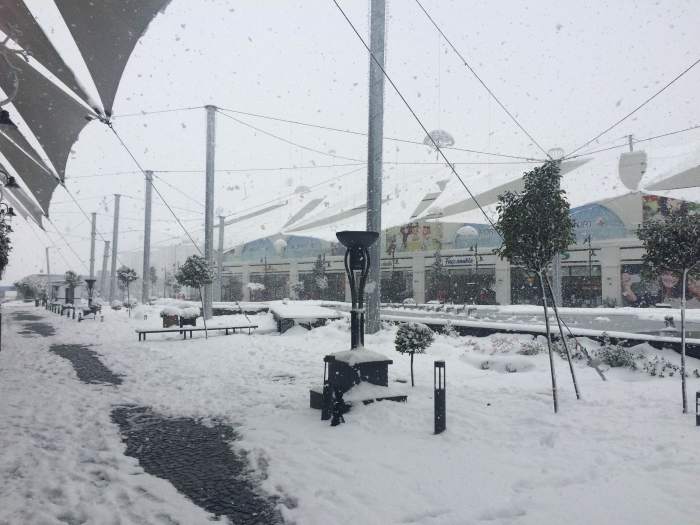 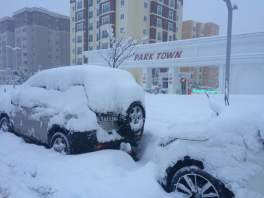 Whenever I encounter Arabs abroad, there is an immediate sense of familiarity. You’d think that once you’re out of the country, you’d make it a point to meet people of different backgrounds but I understand why we flock to each other when setting up shop overseas. When I come across a Syrian, Jordanian, Egyptian, and, of course to an even greater degree, Lebanese, I feel an unspoken understanding. As Rankoussi, my glass-blower friend in Rome, said to me with a grin,“you are also from there,” after revealing he was from Damascus.

The unexpected “unlucky” 72-hour layover in the Radisson Blu near Sabiha Airport opened my eyes to a quality of our people that I am reminded of whenever I leave: warmth.

I left Spain decked out in thermal Nike running gear (that I didn’t run in) and boots (to avoid adding the extra weigh to my suitcase). Thank you red underwear and bean for knowing more than I did. Besides the literal warmth my lucky outfit provided, there was a figurative one that came from being stranded in a Turkish blizzard with 3 Lebanese guys who were also flying back to BEY from sunny Barcelona.

Although I may not ever see my stranded brothers of Istanbul again, I am grateful that I had some company while stuck in a frozen village. Plus, chasing down taxis in a snowstorm would’ve been a nightmare solo. These absurd yet instant friendships where you are trading stories on a hotel couch drinking minibar wine, the kind that may evaporate as soon as you part ways, never to see each other again, was still comforting in a situation where you would normally feel entirely alone. It’s bittersweet how this only happens when we’re away from home. When abroad, I don’t get the same warmth from my fellow Americans in airport terminals or Starbucks lines but, when I’m here in Lebanon, I don’t get it from my fellow Lebanese either. When at home, we don’t mix outside of our known circles.