My recent patronage to Metro al Madina to see shows like Hishik Bishik and Bar Farouk has made me curious about the Lebanese history of entertainment. With Mounia Akl making it to Cannes, Nadine Labaki being a voice for our city, and Fayrouz being my morning muse – ever since that first taste of early Arab cinema at a British exhibit years ago, I wanted to learn more about this era but also see the beauty that was premature Arab graphic design.

A random Google search brought me to an Independent article from 2010 that talked about a man with an astounding collection of Lebanese (and other Arab) film posters. The investigation wasn’t fruitful; I couldn’t find out where this mysterious movie man was six years later.  No Facebook page, no Instagram, no pixelated website with an 8-bit mouse cursor shaped like an Aladdin’s lamp. Yes, that’s what I imagined for an off-the-grid poster hoarder.

Then after one Iftar with my old advertising friends, I’d asked the production peeps if they had heard of this Abboudi. I got his phone number and was told that he was operating out of a space at the end of Hamra. A few phone calls and a scavenger hunt led me to AlFurat Publishing & Distribution, an underground warehouse that smells of old paper, hidden behind a black iron door. Abboudi welcomed us in and immediately pointed to a row of large individually wrapped posters. “All originals,” he said. Apparently he’d been collecting them for some 40 years, jacking them off the walls of the theatres in the city. 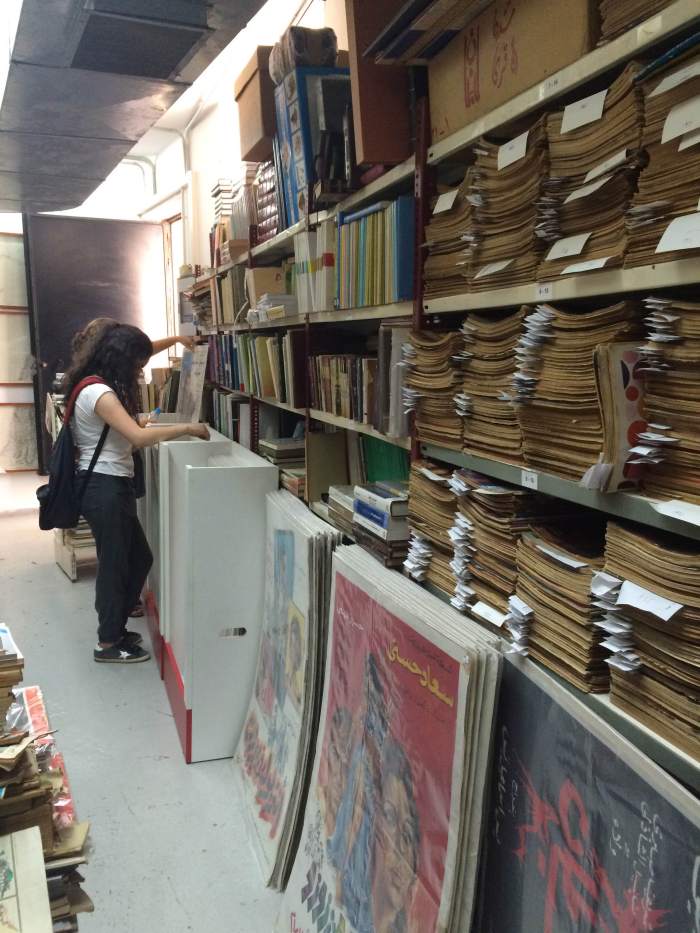 Roaming the shelves of yellowing pages, my immediate thought was, “I’ve found the Lebanese cemetery of forgotten books.” In his back room, you can go through the digitized archive of his collection while sitting among legends like Fayrouz, Souad Husni, Abdel Halim, Sabah, and Rushdi Abaza.
There are racks of A0s and stacks of the thinnest fragile prints, some for sale starting from as little as $10 and reaching $500. When I asked if he’s afraid he’ll run out by selling them, he said, “No no, I’ve got plenty. These are multiples.” To which I think, “damn Boudi, you sly fox, you really cleaned up.” And the meticulous care this friendly man put into preserving these pieces. Chapeau freaking bas. 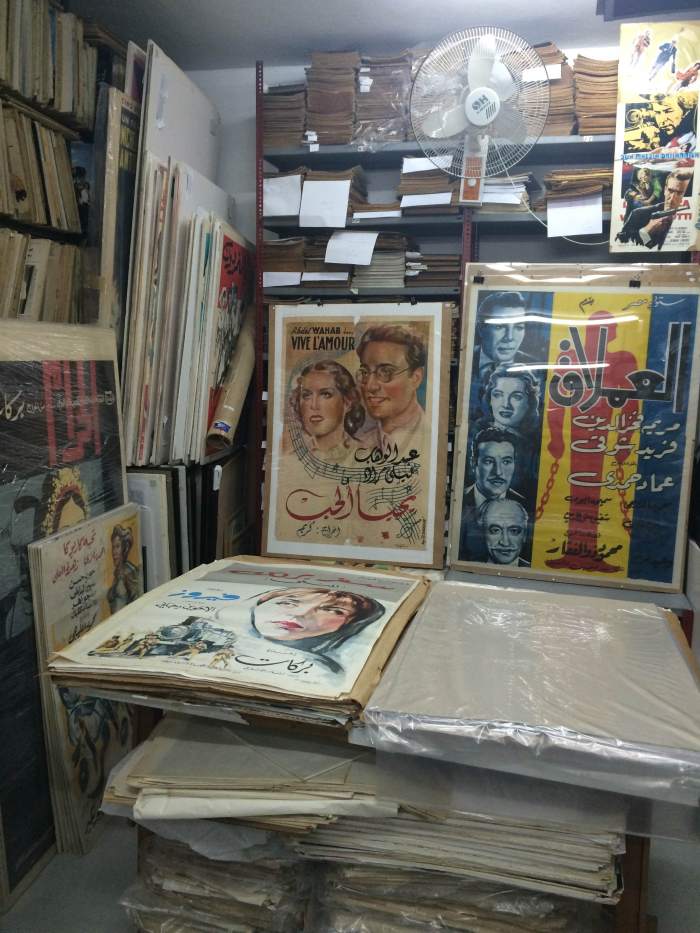 Only after my visit did I connect the dots and find that Abboudi’s collection was documented in a publication called “Hathal Masa’” (Tonight in Arabic), designed by the wonderfully elegant Studio Safar. So if you can’t choose one of Abboudi’s originals, you can always go for the full book instead. It’s sold at Antoine branches and the Sursock Museum Store. Although an exhibition was held last December at Le Yacht Club for the launch of the book, Abboudi’s collection deserves a museum of its own. Being in a storage room under a building has its appeal but I worry for their long-term conservation. 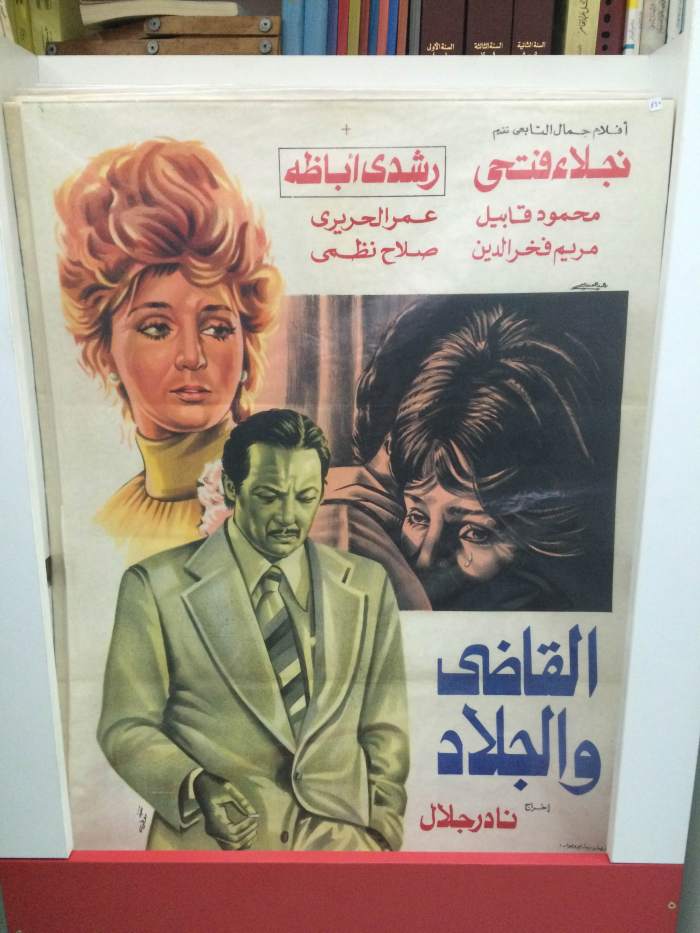 But let me tell you, having one of these babies in your possession makes you understand what made Abboudi camp out at the Piccadilly as a young man. Just look at that magic?

If you’re interested in visiting AlFurat, shoot me an email and I’ll pass on his contact. Otherwise, you can try your luck and pass by whenever you’re free and need a dose of nostalgic tangible culture. Abboudi’s collection also includes old books and magazines. He’s open 9-5pm. Read more about him here.
DIRECTIONS: Continue along main Hamra St all the way to the end. Take a right at the fork after Bendakji cafe (driving parallel to Diabco Stationery and the gas station). Continue straight until the intersection. Touch store should be in your face. Take a right up toward Bliss St. Take another right before reaching Bliss and the fork with the tree in the middle (so you’re on the road that leads to Fakhani, Hussein’s Parking, Socrate, etc). And a final right into a small alley before you continue down the road. There’s a sign but it’s barely visible. Go all the way to the building at the end (same one that’s home to Inaash). Abboudi’s warehouse is at the bottom of the driveway below.