This is the 1st installment from the BambiRunsBey42K biweekly series covering the marathon training journey with NRC Beirut.

Warm-up Weeks
The first two weeks of the NRC Beirut Marathon training are done meaning we’ve got a few more months until #BambiRunsBey42K. Seeing that there are a lot of marathon newbies in the group (myself included), these were considered the warm-up weeks to the intense training that will kick-off as of this week. Every time the coach would say that, my brain would say, “Ha. It’s a warm-up. That’s cute.” and then I’d wring out my sweat-soaked jersey. 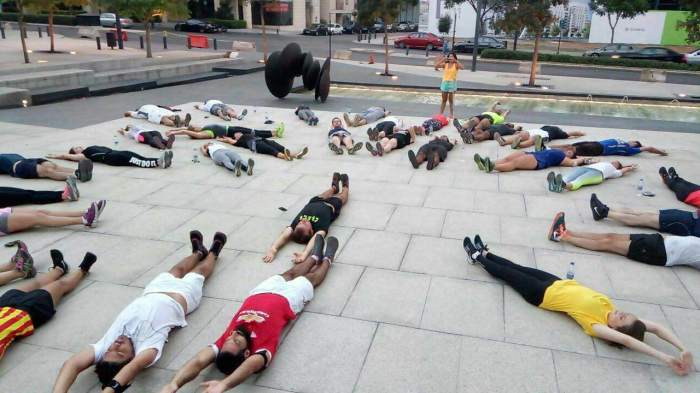 Cross-Training on Off-Days
To properly train for the marathon, we need to cross-train on the off-days when we’re not running around Beirut. Cross training activities should be aimed towards strengthening our core and lower back muscles, mainly upper body since our legs are being put to the test the rest of the week.

I opted for swimming but my breathing and technique need work so we’ll see how this goes. I also need to add some lower back exercises after feeling the pressure building right above my bum as our distances got more demanding by the end of week 2. What can I say, Bambi got back. 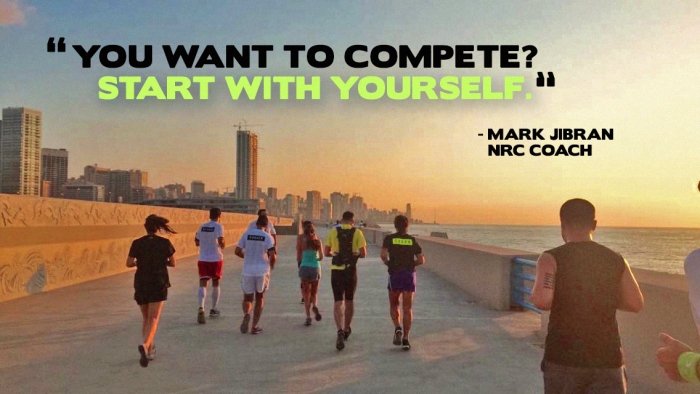 Long Slow Distance Sundays
We’re tackling long slow distances 1x/week. During these runs, each NRCer runs at their own pace while also learning to be a self-motivator. Week by week, the long distances will get longer so the stretches when it’s just you & the road will get longer too. This also means that every Sunday, I’ll be hitting a new longest distance. 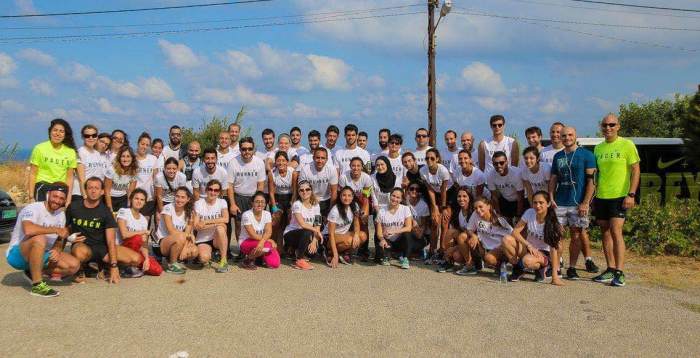 Our first long-distance Sunday was in Salaata, a town right before Chekka. Our starting point was 10K followed by a 12K in Mar Mikhael yesterday. You’d think that waking up early would be the most challenging part of this (sleep in your activewear, then you’re half done when the alarm goes off!) but it’s actually the heat of July/August. Which brings me to my next point…

Fuel & Hydration
The dedication that this training takes seeps into all aspects of your entire lifestyle. The way you eat, the hours of sleep you get, and how you think can all impact your performance and stamina on the track. We have to make sure we eat good carbs, drink lots of water, and refuel wisely. Avoiding alcohol the night before a run is advisable because of the high sugar levels and rewarding ourselves with honey chipotle chicken strips after a 10K is counterproductive. A banana and water will do.

I’ve got to say though, some days I just want to have a halloumi bacon sandwich followed by an old fashioned doughnut smothered in sugar glaze. Luckily, none of the doughnut shops here do it right. That, and I can already feel my lighter weight translating to being lighter on my feet.

Bambi Stats & Mini Victories
When I started running with NRC in December 2015, I could barely make it past the warm-up kilometer without needing to stop to walk. However, during week two of BM training, I ran 7km nonstop and I felt like a BEAST. My main goal now is to shave seconds off my pace. Based on the last 6 months, it should see a major shift after this program.

Just for Kicks
Every ~350K, you need to get a new pair of running kicks so that your feet get enough support and shock absorption. I used to think this was a marketing ploy to get you to buy more sneakers but after yesterday’s 12K, my shoes have hit over 310K and my feet got destroyed. After that much mileage, the cushioning is worn down and the soles start to suffer. With the numbers we’re adding to the roster, it looks like I’m going to run through 3 pairs by November. But it’s okay: the cost of being healthy, safe, and active is less than that of the hospital bills you’d be stuck with otherwise.

The Mental Madness
After the back-to-back training runs, I’ve come to accept that I will be spending as much time with my NRC family as I will with my own and that’s saying a lot considering I work/live with my parents. Previous participants say that the 42K is not as scary as it seems and I’m trying to think of it as a less intimidating series of four 10K runs instead of one long endless marathon. You’re going to need stretching/potty breaks in between anyway, no? 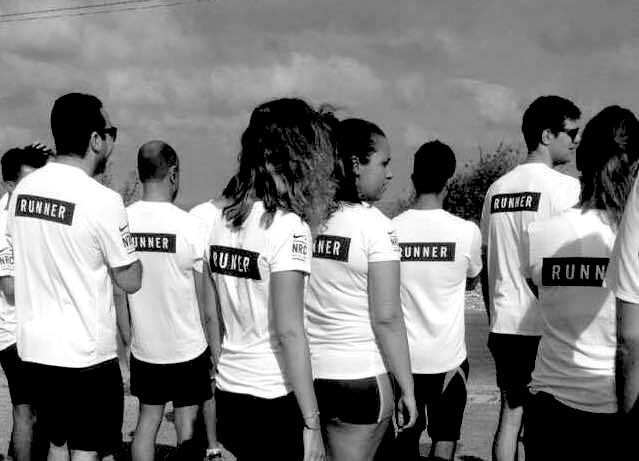 Upon leaving the office to head to a Friday session, dad asked if I was running every day. When I explained that we were training for the 42K, he said, “but that’s like…from here to Saida. HOW are you going to be able to do that?”

I’ve got 16 more weeks to make sure that I can.

6 thoughts on “BambiRunsBey42K: The Training Begins”