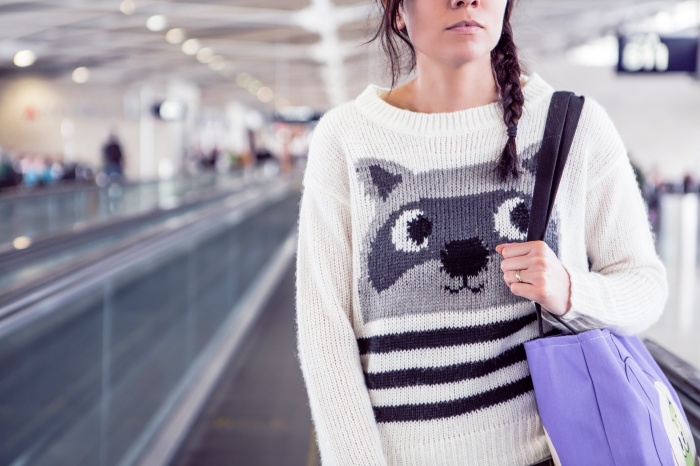 The last time I ate McDonald’s was when I was at the Frankfurt Airport on my way to NYC. Had you told me that I was going to be back here 4 months later while on my way to Barcelona, I would’ve given you a high-five, done a victory dance, and also been in awe that I managed to steer clear of Big Macs for that long. I was going to use the “I’m traveling” excuse to be reunited with the classic but it turns out there’s no McDo in this terminal. Instead, I’m stuck with a pathetic 10-Euro Thai chicken sandwich. Boo.

As you can see above, Barcelona’s been on the travel list for a while. I’ve heard good things about the Spanish coastal town and its art, architecture, and ham. All summer, friends who’ve been have told me that I will fall in love with the place. I’m hoping that they haven’t set my expectations too high; there’s a lot of pressure to make the most of this temporary move.

And that’s another thing – it feels strange leaving Beirut when there is a chance for change back home (too optimistic?). There is so much uncertainty in the months ahead but I can’t tell if that’s me or a symptom of the lost millennial generation of global opportunity, information overload, and goldfish attention spans. How the heck do you navigate through all the possibility? Maybe no one’s got it figured out and it’s actually about learning to be at peace with the idea that we’re all just winging it as we go.

I came across this video about the “origin of x” and its relation to Arabic and Spanish. It was comforting to see that I’d be learning more about the Arabic script in a non-Arab country that still had linguistic ties to it in some way. Maybe Spain will be the intersection of foreign and familiar. Only time will tell.

P.S. – Maktoub 3 Loubnan has NOT been put on hold. My sister will be checking the mail periodically in my absence so please find a cool postcard for your memory. Check out the ones that have made it over so far here.