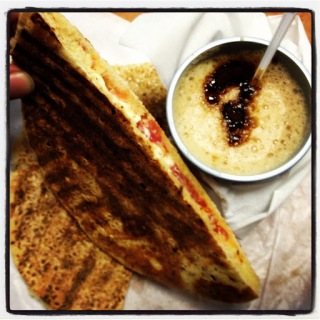 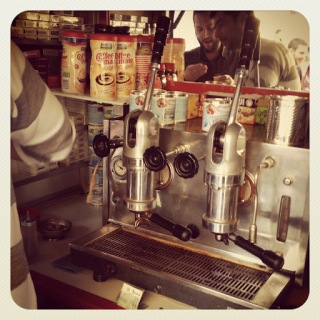 1. Kaak at Upper Gate. A small little food cart near the entrance to Malik’s Bookshop serves up the traditional Lebanese kaak squished in an antique George Forman grill so it’s toasty and pancaked. It’s sliced in two pieces so you can conveniently eat it in between classes. It’s got kiri cheese spread, tomatoes and angel tears. And you can add harr, or chili pepper, for zing.


2. Nescafe. A van parked outside Upper Gate pumps out more caffeine than all 4 Starbucks located within the 5 mile radius of the campus. It’s good and cheap like Manara’s Uncle Deek.


4. The library. It’s huge and loaded with tons of books that are virtually unopened because they’re so new. It’s got spinning reclining chairs and you’re allowed to eat snacks inside.


5. The lack of Bliss Street right outside. The strip of food franchises does not exist which saves your ass from becoming a bigger one.


6. Much like Avis Rent-a-car’s old campaign, the fact that LAU is second best in Lebanon (in general reputation at least) makes them try harder. They’re always trying to be better.


7. Around the big holidays, they go the extra mile with decorations and figurines. The number of poinsettias during the Christmas season is enough to make it seem like the reproduced December-inspired scene from Wizard of Oz where Dorothy is in a sea of flowers on her way to the Emerald City…or Nicol Hall in this case.


8. Socrate Catering in the cafeteria. And for basically any other social event held on campus. Who doesn’t love bite-size everythings?


9. Free printing. The library and certain department labs allow for free printing up to a specific amount (in the hundreds, and thousands for paper-loving majors).


10. Financial Aid and Honor Scholarships for high cGPAs. Although most people think of LAU as being the snobby-rich-kid university that has valet parking (that’s actually not for the university), it helps out a lot of the students financially if they deserve it.