In 2013, I’d written about Ronnie Chatah’s walking tour of Beirut followed by an interview. Six months later, in December, Beirut lost Mohamad Chatah, Ronnie’s father, by car bomb assassination and then Beirut lost Ronnie – the ponytailed, neutral navigator that walked groups through her history in shorts and Birkenstocks – as he emigrated to Edinburgh. 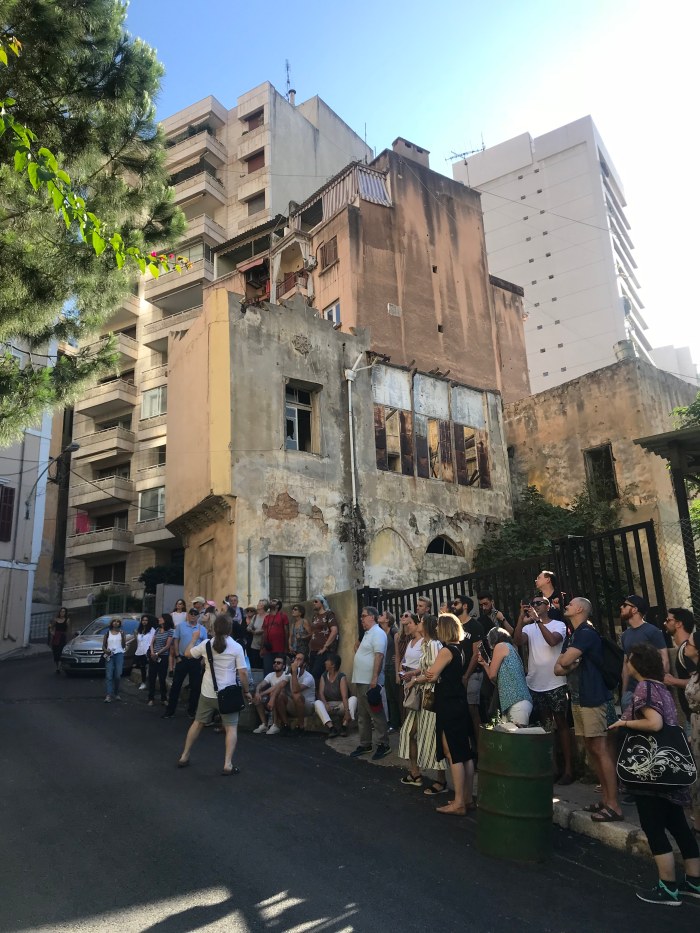 When Ronnie left, it made sense. How do you stay confined in a prison of daily reminders of who is gone? How do you continue to share Beirut’s story without touching on personal tragedy? Do you want to when it is so tied to the loss of your hero, someone who defended Lebanon’s potential so vehemently? Can you still tell that story? Can you tell it the same way as you did before?

I was curious to see how and if the tour had changed after such a loss. After travel and separation, I wanted to see if Ronnie had edited chapters of his tour alongside his writings. Even if it’s based on historical events cemented in ochre stone, has our frame of reference changed after 5 years? Have we moved forward? And what brought Ronnie back? Why now?

Ronnie says that, as far as content goes, not much needed refreshing because not much has shifted and that the first reboot this January was only supposed to be a one-off to raise funds for an internship at the Grand Serail that carries his father’s name. And it’s true, the content remains an impressive mini biography of Beirut perfect for seducing new lovers or reigniting the embers of your old flame…yet it was annoyingly the same. Even his trusty sidekick-photographer, Marilyn, is back on the route with him. It was all too familiar for me as a returning guest who’s seen our cyclic tendencies and felt stagnated whenever an expat comes home for a dose of it’s like I never left. All I thought was, but why hasn’t anything changed? The only progressive step is being able to vote abroad which means our tourism industry will take a hit since people have even less of a reason to return? What have we been doing for 5 years? Coincidentally, SkyBar is back from its own ashes like a phoenix so even the scripted paragraph on the Holiday Inn’s rooftop bar didn’t need an update.

But the whole stroll still wows foreigners and Lebanese hybrids. I visibly see them get infected by Ronnie’s love for the city because that still laces his monologue. You should see the gratitude they grant him after the tour ends at Samir Kassir’s garden. They look like they’re saying, thank you for giving me a piece of your Beirut. That is beautiful. 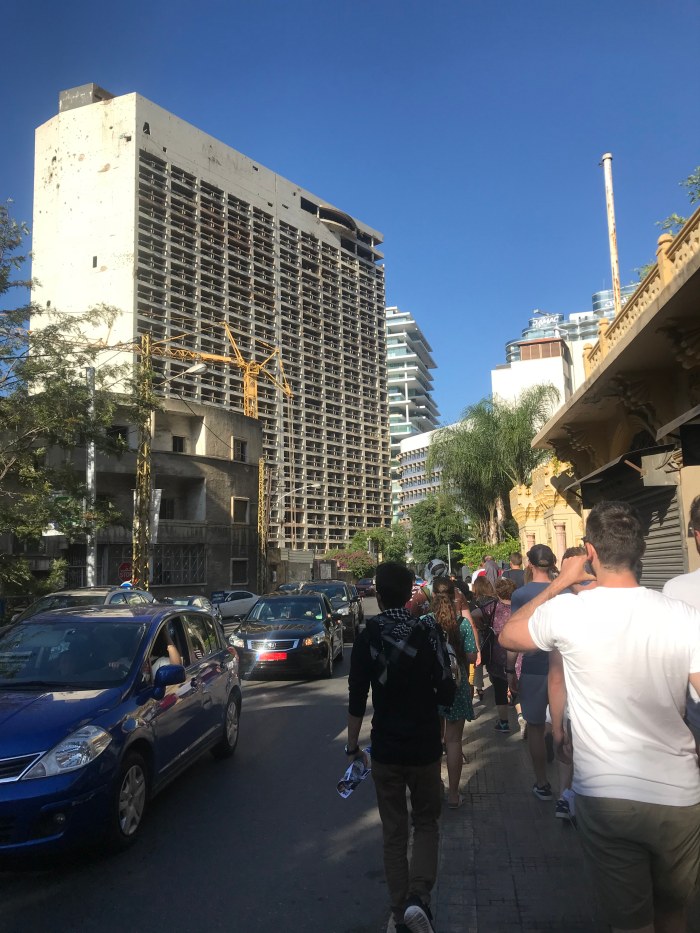 It’s all the same. The tickets. The map. That is, until Martyrs’ Square. There’s one change in the account, one that he tells me he was wary of adding. Pre-2013, the strength of his tour was the objective account of how Beirut came to be. Just the facts ma’am, make what you will of it on your own. Now though, the penultimate stop of WalkBeirut includes Ronnie’s personal story of his dad’s death. How painfully appropriate that I witnessed this new dedication on (American) Father’s Day.

The tour overall has not changed but what has is, understandably, Ronnie himself. It wouldn’t have been honest to leave out the fact that he is an undeserving victim of this country’s disease and, in any case, he doesn’t posit himself as so. If anything, this sole subjective part makes him an intrinsic example of the Lebanese experience. It is what makes Ronnie’s tour all the more powerful, all the more brave, and all the more admirable: that his pain is collateral damage interwoven in the very story he’s reciting and yet that love is unwavering.

Ronnie & I suffer from the same affliction: an undeniable, unrequited love for a country currently and somewhat perpetually in retrograde. But hey, it’s comforting when you find out you’re not the only one.

Ronnie’s leaving on July 1st and might be back in September to keep it going so if you would like to join a tour, sign up soon. There are only two Sundays left for $20/person. A donation will be sent to the Mohamad Chatah Internship Program at the Grand Serail with every ticket purchased.