I don’t know what it is about the golden coast that gets me playing Umm Kalthoum and Abdel Halim while obsessively reading about the shitshow that is Lebanon as of late. Parliament’s third term extension, a tax hike with no benefits, the first domestic-violence death of 2017, more useless world records, and a guy punting cats. I can’t turn a blind eye while away but it doesn’t create this homesickness that pulls you back. Instead, it makes you deflate and wonder what you’re going back to.

A New Yorker article on American small talk hit home (pun intended) as we attended trade shows or, honestly, just headed to CVS for drugstore lipsticks and 12 other products I didn’t plan for. “In the East, I’ve heard it said, there’s intimacy without friendship; in the West, there’s friendship without intimacy.” What a perfect way to sum it up.

When in NYC a few years back, 20 minutes upon arrival, I had my AirBnB host’s Yugoslavian mother tell me about her 22-year old stay in the city and her impending trip to Italy with her new lover. She invited me to come over someday to play ping pong. It was an instant delve into the personal, an instant intimacy that may have come from feeling like outsiders together. She had told me that she felt my Lebanese side, that she could talk to me, that I would understand how people don’t have a natural warmth to them the way that we do. She hugged me goodbye and I never saw her again.

In SoCal, the number of times I’ve had a complete stranger ask me about my day can get a bit unnerving when you’re on the 10th human interaction. Growing up in Beirut has made me more of a New Yorker. You don’ even knaow meh. Stop with the fake niceties and give me my foot cream, kthxbye. 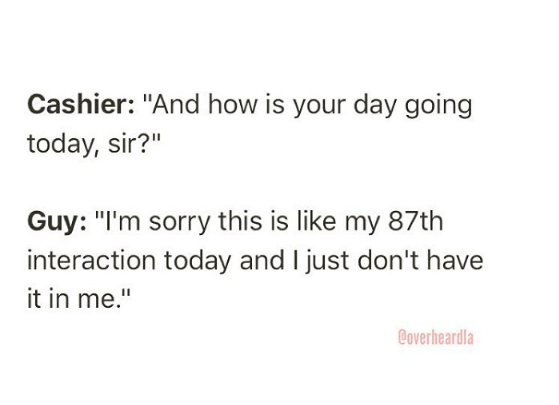 Funny how the various ingredients of your identity become so pronounced when you’re a foreigner in your own country. Being here seems to bring out the olive in me. I see why our diaspora creates bubbles, why Arabs attend a Mashrou3 Leila concert in downtown LA, why my dad used to host gatherings here that would feature some rendition of dabkeh through the living room to 3aladil3aouna. I see why a Tunisian/Swiss guy at an expo said, I’m so glad there’s a Lebanese here, and hugged me as we parted.

Back in Beirut, you reject your culture while fully submerged in it. You don’t make an effort to be Lebanese because you just are. And with that comes a resentment that is a cocktail of pride and disgust. Why do you have to be so wonderful and f*cked up? Fawda w meshe. I appreciate the structure of the USA, the ease, the insane ticket prices that actually deter rule-breakers. But the devil’s voice tells me, with time, this would bore you.

Would it though? Or is that me romanticizing the headache I’m returning to? My creative juices haven’t felt this potent in eons. Could it be the physical and mental distance anyone would have from being away from the everyday or is it due to being away from Beirut herself?

Oh Beirut, the way I love you makes me who I am but it may just kill me.
DRAMA. See you soon, boo.

One thought on “California Got Me So Arab”