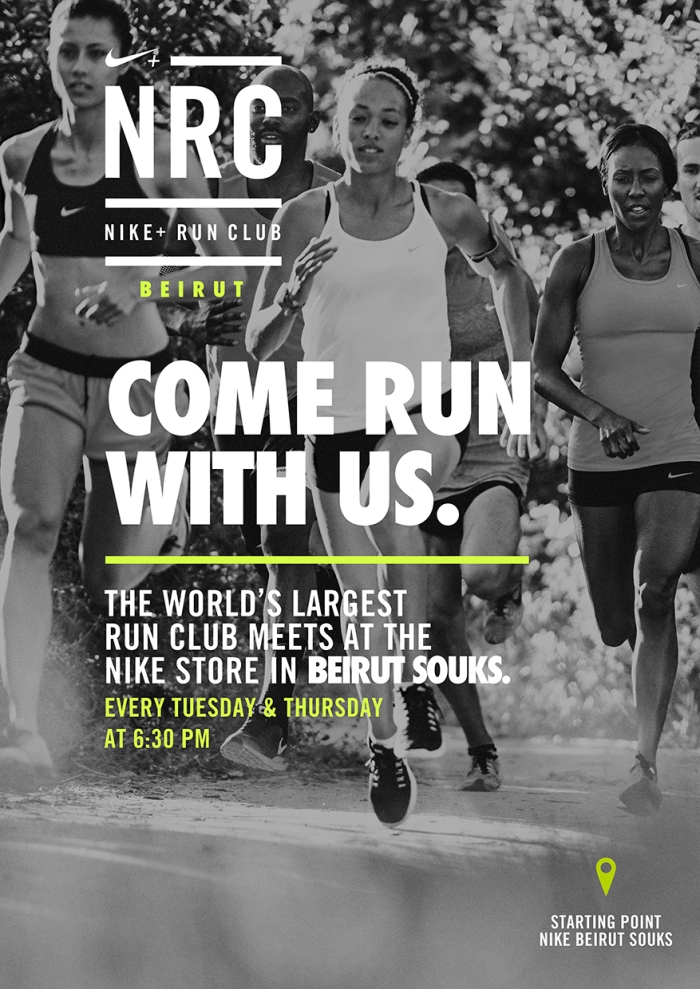 It’s been a slow return to the grind but I’m almost there. I’ve signed up at a new gym and I’ve joined Nike Run Club (NRC) so the workout tally should be more impressive as of week #23 once I find my regular rhythm. 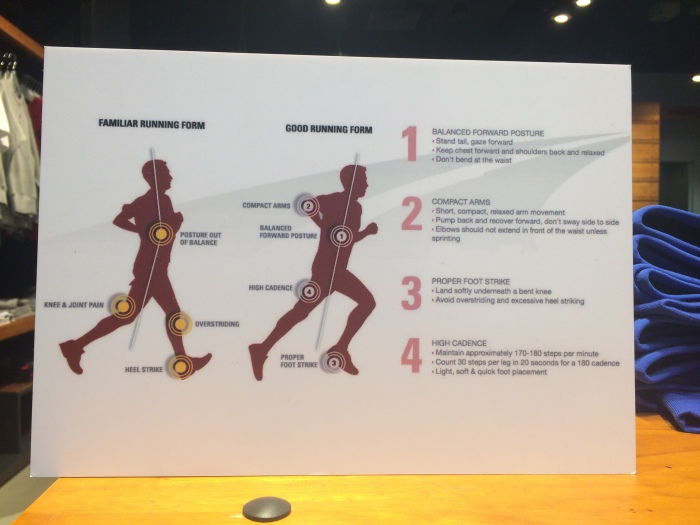 My activity for this week was two runs with the NRC. The NRC is a group of peeps who meet every Tuesday and Thursday at the Nike store in Beirut Souks at 6:30 pm for a 5-6km run. It is open to everyone and it is free. As you run, there’s a coach who makes sure you’re running properly and keeps you motivated throughout so you don’t slack on the last kilometer.

I will admit that my first run was not pleasant but it was also my return to the fitness world after 3 months of fooding my way through Calatonia. That, and I had had soup for lunch that day. Not my smartest move, I know. It’s also because the runs are more about endurance than speed. For someone who does interval training, running at a constant pace for 45 minutes straight feels like a slow death. However, the second time around was better and the vibes in the group are welcoming. It’s not competitive or exclusive, it’s people getting together to move which was enough to get me to skip Bassem Youssef’s visit to AUB on Thursday.

I forgot to charge it. I’m so bad at wearables.

Best Meal of the Week

Souk El Akel in Mar Mikhael wins again. I brought dad this time around which was a mistake because he eats with his eyes rather than his stomach. In other words, he tries everything and passes the leftovers to me like I’m a compost bin. Meats & Bread’s WTF Burger was the star on the Christmas tree: black angus beef patty on lettuce and tarragon, melted cheddar, chips, and blueberry sauce.

AIGA ME Morning Toast: This Saturday was the 9th edition of our bimonthly breakfasts at Urbanista. Although it was a small group, the conversation was stimulating and was a good reminder that there are hungry minds in the region, minds that want to do more than what’s available to them at the moment. However, their frustration fuels their motivation to build something so maybe there’s hope.

Workout Track of the Week

I don’t know why I’ve become a 12 year old girl when picking workout tracks lately. I spend my days listening to rap and old school R&B then go workout listening to the Biebs and Jonas. Maybe it’s a new version of the Peter Pan Syndrome?

Cheese of the Week

It’s cold. Have some ohn-yan soup. I don’t know where Jamie Oliver is either.