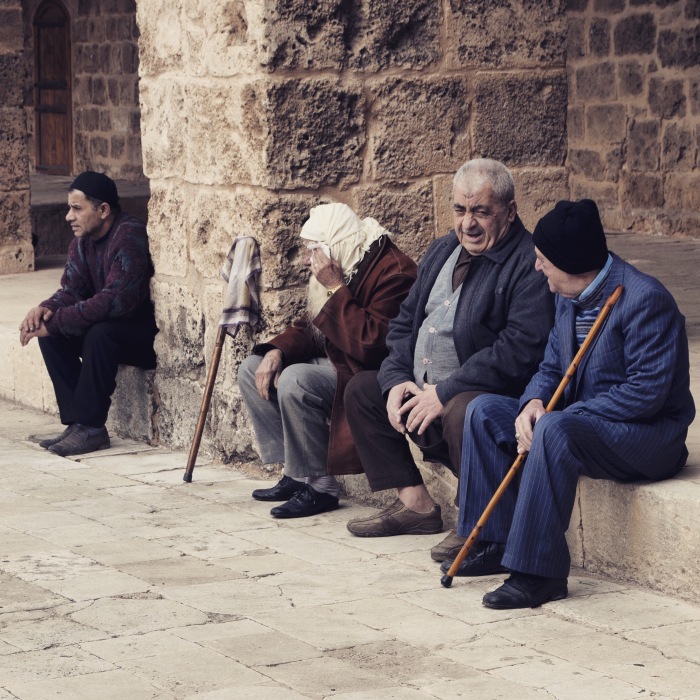 The men in the mosque

While waiting for the bus to take us there, a few Americans told me about how they had been living in Lebanon for over two years and still hadn’t made the trip to Tripoli. I think I relieved their guilt when I told them that, after 15 years, I had never been either…and I’m Lebanese. After posting a few photos and sharing my trip with friends, their reactions were, “shu akhadik 3a trablos?” (what made you go to Tripoli?). I need justification for going to a place that is a fundamental part of my nation’s history.

Mira Minkara has been organizing walking tours of Tripoli since last year and also does a separate tour dedicated to Oscar Niemeyer’s abandoned architectural projects there. I can’t say that the tour was well-planned: we didn’t go to the crusader’s castle or the valley of the churches because the priests were out for Sunday lunch or enter the Taynal Mosque because it was prayer time and there was a funeral right after. We also didn’t get to walk through the city streets like a local. Compared to other walking tours I’ve been on, I did not feel like an inconspicuous fly on the wall experiencing an area’s dynamic. When you’re in a group of over 40 people, mostly foreigners, being led through tight low-ceiling alleys by a woman yelling through a megaphone, you tend to stand out. At some point, as we were all buying kaak and barazi, a store owner jokingly yelled out, “el ingleez ehtalo elbalad!” to his friend across the way. It means “the English have occupied the country!”

Mira walked us through the old souk, various hamams, and a few khans. Unlike Beirut, Tripoli’s older parts are not mixed with the new ones. Old and new Tripoli are separated but, like Beirut, its heritage sites are under the threat of development: the site where the Ottoman serail once stood is going to be converted into a parking lot.

The old souk itself feels more authentic than that of Byblos which has become more commercialized: catering to the tourists looking for fez hats, belly-dancer scarves with dangly gold coins, and fossil replicas. Tripoli’s souk has yet to be overrun with that sort of merchandise or clientele. The hamams, some renovated and some rotting, are magnificent. Hamam el Nouri, hidden behind a saj place, is aging beautifully. I’m a fan of the way it’s disintegrating naturally. Hamam Ezzeddine, on the other hand, is freshly painted and adorned with roll-up banners explaining each room and process. I do hope that the renovation stays true to its original design but I won’t deny that architectural botox can remove some of the historical spice. When you enter a space that was once occupied by the Ottomans ages ago, you want to feel that. It would be a shame to wipe away the wrinkles, dabbing some foundation on the rough edges should be enough for preservation. Khans, inns with a courtyard, were areas that seemed to be dedicated to one type of craft. Khan el saboun for soap makers, khan al khayateen for tailors, and so on. The soap makers were my favorite. Besides the smells and spirals of colorful bricks, it was endearing watching an old man tell his young daughter where the mint-scented soaps were. It was a family business of craftsmen. I’m a sucker for artisanal families.

Right now, Tripoli has a reputation for being dangerous so most tend to avoid heading that direction unless they have to. But what was our excuse when things were calmer? Perhaps it’s more about the fear of the unknown. The ripples from terror that affect Tripoli don’t reach our capital city with the strength you would expect. Unless you are from there, what happens in Tripoli might as well happen in Iraq; the reactions are the same. To a lot of the people of Beirut, Tripoli is far, off in the north, almost its own state. In reality, it’s less than a two-hour drive away. Next time you’re there for halawit el-jibn from Abdulrahman Hallab, take a stroll in the city too. Buy a bar of soap. See Lebanon.

Inside an abandoned building near the main square 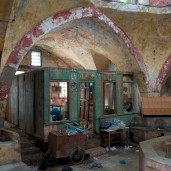 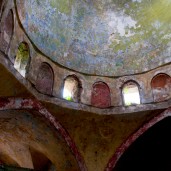 Mira Minkara and her megaphone 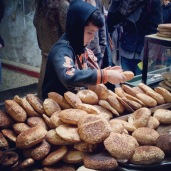 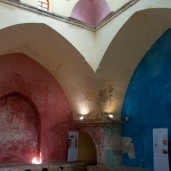 Hamam el Abed signage: the only hamam still operational and only for men 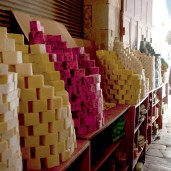 7 thoughts on “My First Visit to Tripoli”