This post is dedicated to two observatories in the US of A: the Griffith Observatory in Los Angeles, California and the abandoned Warner & Swasey Observatory in Cleveland, Ohio. I encourage you to actually click on the “Click to Enlarge” pics below. 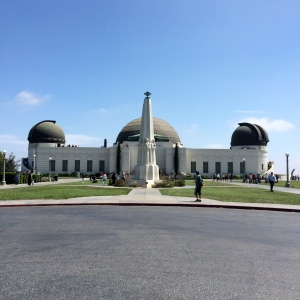 Walking up to the Griffith Observatory

Atop a hill overlooking Hollywood within Griffith Park is the Griffith Observatory. The land surrounding the observatory was donated to Los Angeles by Colonel Griffith J. Griffith in 1896. In his will, he also donated funds for an observatory, exhibit hall, and planetarium on the donated land. Griffith’s aim in this project was to allow astronomy to be open to the public instead of cut-off from the people by being on a solitary mountain exclusively for scientists. First, the Observatory is beautiful just as an Art Deco structure on its own. An obelisk-like sculpture celebrating historical astronomers in the center of a grassy lawn that leads up to the Observatory doors, which are also beautiful. The grounds have the solar system engraved in the floors. Second, as soon as you go through the doors, there’s the Foucault pendulum hanging from a ceiling mural of Atlas and other mythical characters. Both the left and right wings have exhibitions on space exploration and discoveries in physics and astronomy. The view from the opposite side is almost a 180 of Los Angeles. Since it was featured in Rebel Without a Cause, there’s a James Dean bust near the Hollywood-sign lookout spot. The Observatory would be the ideal date spot at sunset if you’re into spacey nerdy stuff. And sunsets. Plus it’s free entrance since 1935. 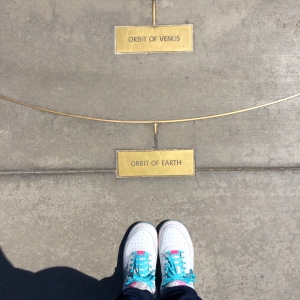 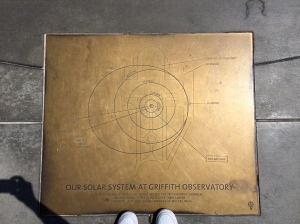 At the foot of the entrance stairs 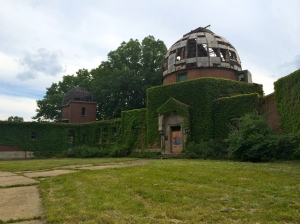 Warner & Swasey Company used to be manufacturers of machinery, including telescopes and precision instruments. The partners, Worcester Reed Warner and Ambrose Swasey, opened a machine shop in Cleveland in 1881. According to Case’s Encyclopedia of Cleveland History, “With the advent of the sewing machine, bicycle, and automobile industries, the firm began to focus on producing turret lathes.” Turret lathes are machines that make tools and interchangeable parts. W&S donated their private astronomical observatory to Case School of Applied Science (now part of Case Western Reserve University) in 1920. It expanded and grew to be the Warner & Swasey Observatory housing another telescope, a second dome, a library, and a lecture hall.

Located in East Cleveland, eventually with time, the facility was no longer viable because more light pollution (suburban sources of artificial light that brighten the night sky). It operated for 60 years but was sold sometime in the early 80s. The telescopes were relocated to other facilities and the W&S Observatory was “left abandoned, as a host to decay until some time in 2005 when it was bought by a couple to be converted into a residence. These plans were put to a halt when the new owner was convicted of mortgage fraud and sent to prison in 2007 but other sources say this had connections with a drug dealer.” The name of the fraudulent real-estate broker? Nayyir Al Mahdi of Shaker Heights. Sounds Middle Eastern. SCANDALOUS. Check out some pictures of the interior and read more on the closing here. The irony of such a place: a home to telescopes looking into space is now a decaying shell. I have never wanted to commit a B&E so badly in my life. 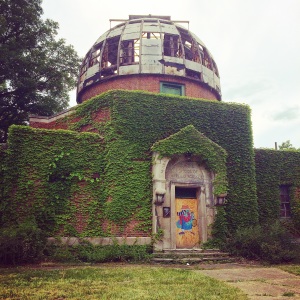 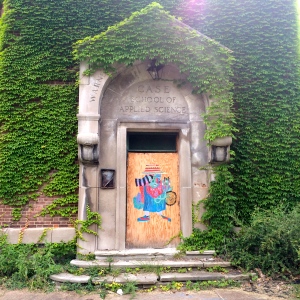 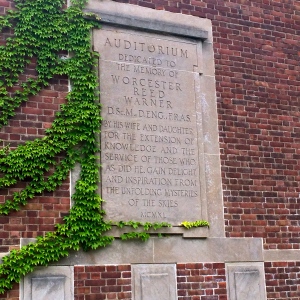 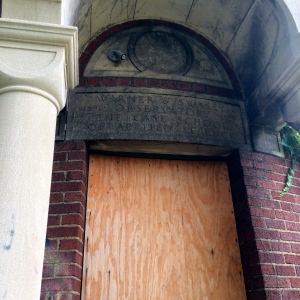 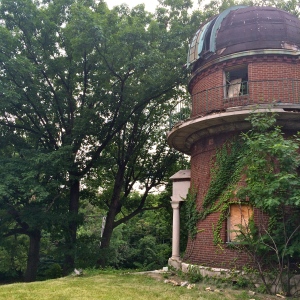 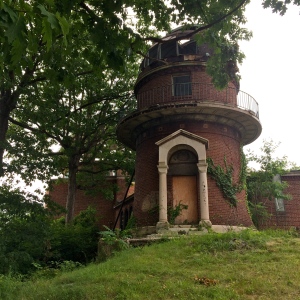