This is the 6th installment from the BambiRunsBey42K biweekly series covering the marathon training journey with NRC Beirut.

Balloon Run and the 36K Peak
The week before taking off to the Big Apple was a bad one. I only made it to one run (the balloon run) and then went off the grid for the days following. Between preparing for my trip and falling into a pit of solitude due to burnout, I just wanted to get the week over with and get on the plane.

While my team was running the 36K max distance before marathon day, I was sitting at Cafematik pissed off for paying $20 for two coffees and a bite of banana bread. They were done by the time I got to Heathrow. Check out their triumphant faces:

Running Central Park
I ran two 6Ks in Central Park during my week away, and although that is not on par with my training schedule, I’m still glad I bothered at all. Running while being abroad, even if for business, can make your mind switch into lazy mode with excuses like, “you don’t need to run because you’re walking a lot so it’s not like you’re doing NOTHING.”  Mbala. 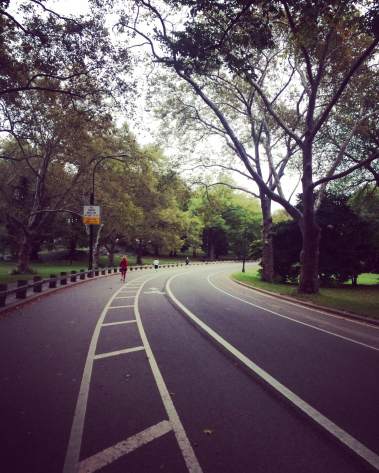 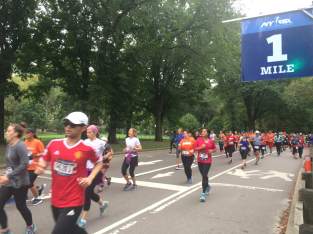 On my last morning in NY, I was sharing the Central Park track with the NY Road Runners who were participating in the annual Memorial Sloan Kettering’s Fred’s Team Presents Grete’s Great Gallop. Let me break down that name for you:

Fred: Fred Lebow was the former NYRR president and co-founder of the New York City Marathon, he died of brain cancer in 1994.
Fred’s Team: An organization who raises funds for cancer research at Memorial Sloan Kettering, where Fred Lebow received treatment. Fred’s Team runners have raised +$65 million for this cause.
Grete’s Great Gallop: a half-marathon race in honor of Grete Waitz, friend of Fred and 9-time winner of the NYC Marathon who also lost her life to cancer in 2011.

I didn’t bother to look into races in the city that were taking place during my stay. However, given that I needed to be back at the hotel before check-out, joining was not meant to be. I also didn’t run with NRC NYC for fear that their paces would be too quick for my slow self. Adding these two runs to next year’s growing runs-to-do list.

Nike x Kith
I was heading to Crate & Barrel to get my Scandal wine glasses when I came across this Nike concept store. Designed by Snarkitecture, the store has multiple nods to Nike history with casted Nike shoe boxes, AF1 outsole encrusted seats, and memorabilia encased in glass. Before you enter the rest of Kith, there’s Kith Treats, a snack bar with Nike themed cereal or ice cream served in shoe boxes, and a customization station where you can get Nike x Kith products customized. If you don’t get a chance to go to NYC’s 5-story NikeTown, head here. 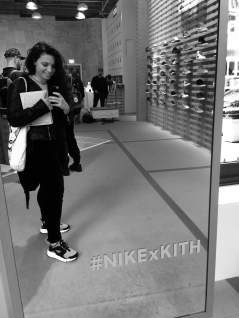 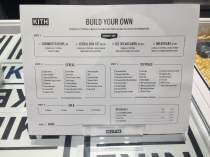 Just for Kicks
The easiest way for you to see a shoe’s true colors is to test them out in a pedestrian city. I got a pair of Nike Air Huarache Ultras (pronounced waa-rah-cheez) and I was clocking a minimum of 20K steps/day in them while wandering around the 5 boroughs. The verdict? I could live in these things. They are the new AirMax. They’re also travel-friendly because they’re like slip-ons because of the elastic body – perfect for security checks and long flights. I got mine from the men’s section at Nike DT purely for the color combo. NikeTown had BEAUTIFUL ones but I need to stop feeding this addiction.

Reading this month’s edition of Wired US will give you the behind-the-scenes scoop on how the HyperAdapt power-lacing sneakers came to life. The inventor, appropriately named Tinker, gives a tour of the Nike grounds including the Innovation Kitchen.

Read more about Tinker and the Nike Labs here.

Back in BEY
I’m back (that’s why this post is a day late) and there’s six weeks left until we all run the marathon, or half in my case. Fellow NRCer Anthony shared this link for those of us who feel the half gets looked down up0n because it’s HALF a marathon. Sure, it’s not 42K but it’s still over 68,000 feet in distance. In Manhattan, that’s like running past 51.6 Starbucks branches. Sip on that, haters. Six Sundays until we break the wall, Jon Snow!